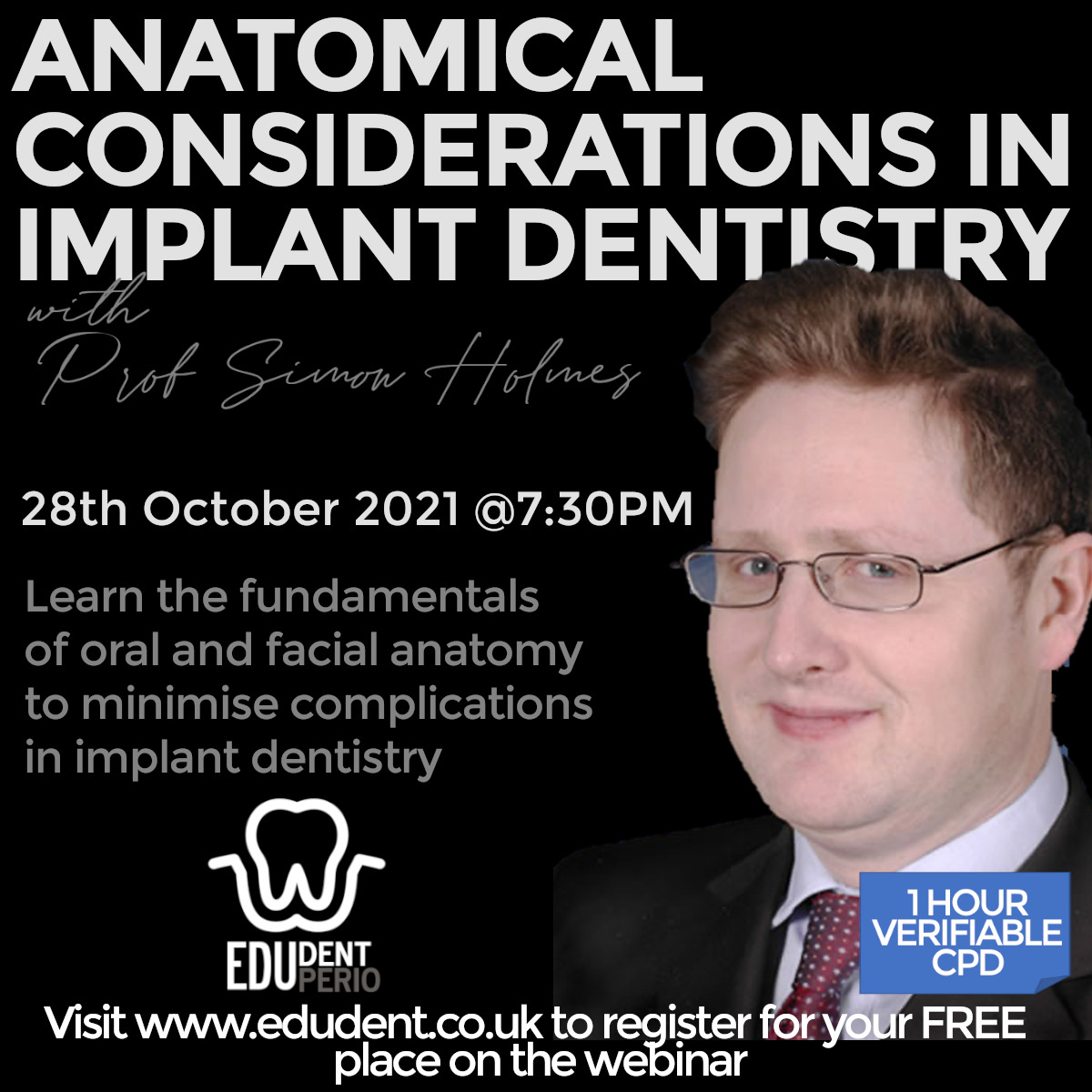 By registering your interest for this webinar, you consent to being contacted about future webinars and course promotions by EduDent. You can unsubscribe or change your mailing preferences at any time. If you are already subscribed from our previous webinars you will receive more information via email as soon as it becomes available!